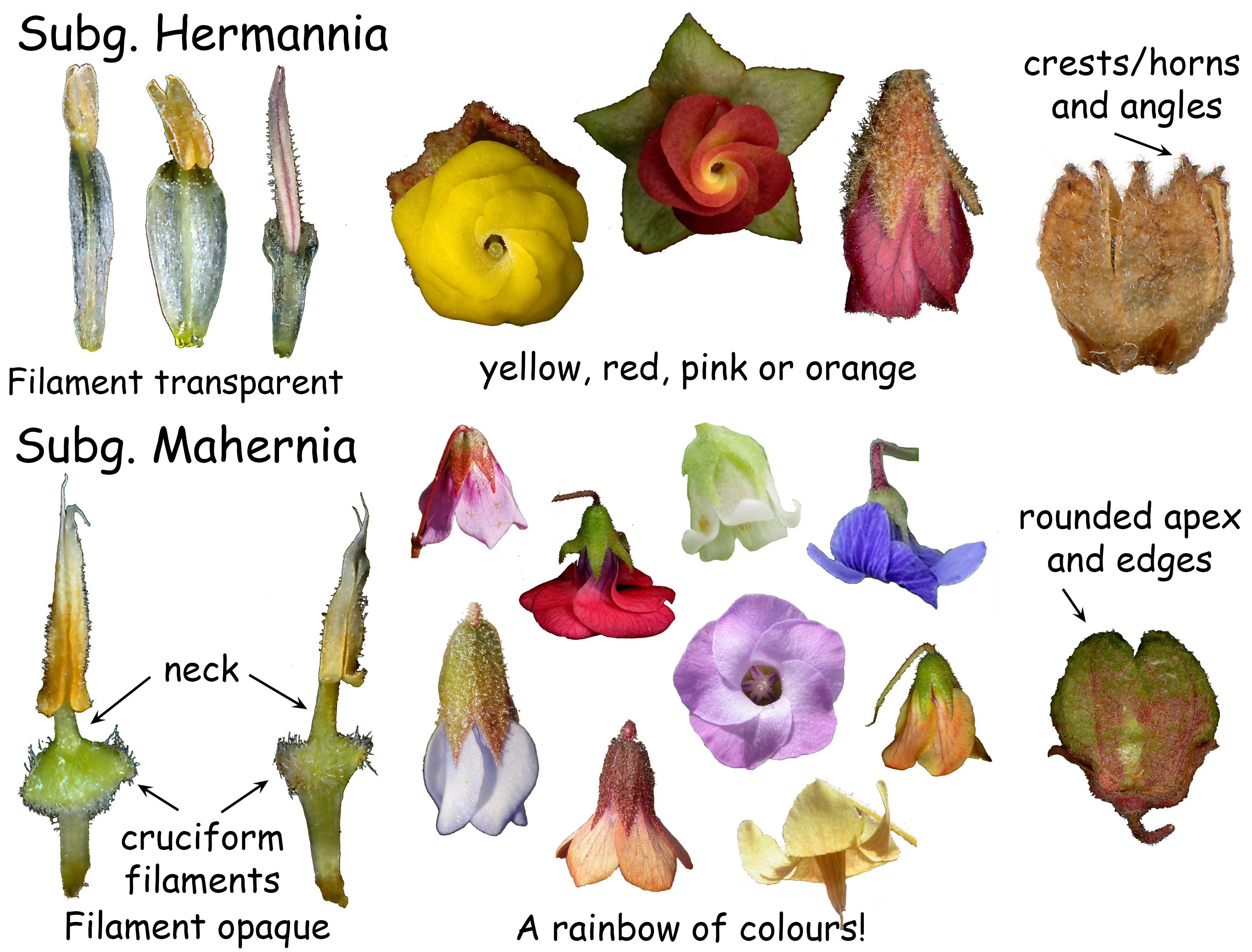 The genus Hermannia, in the hibiscus family, Malvaceae, is a critically important genus. The widespread distribution and nearly ubiquitous nature of it (within South Africa typically after a fire), makes it of prime importance as a candidate for a plant atlas. It is easily recognisable by the nodding flower heads typically with overlapping petals, alternate leaves and presence of stipules. It is morphologically diverse, but can be neatly grouped into two subgenera: subgenus Hermannia and subgenus Mahernia, a partial anagram of Hermannia.

The subgenus Hermannia can be distinguished by having translucent filaments with the broad portion of the filament gradually merging into the anther and overlapping the base of the anther. Members of the subgenus Hermannia typically have plain yellow, orange or red flowers. They tend to be woody and the apex of the capsules have sharp angles which in the Namibian group form extended horns. The subgenus Mahernia on the other hand has green opaque filaments with the expanded portion of the filament separated by a narrow neck from the base of the anthers. Members of the subgenus Mahernia have a broad range of flower colours and their petals are frequently graded in tone or the petal veins a darker colour. They tend to be herbaceous with the capsules rounded at the apex.

You are encouraged to look for Hermannias and upload them to CASABIO for identification using Contribute | Observations. To be part of the Hermannia Atlas please email me at [capebio (@) gmail.com - brackets and spaces removed].