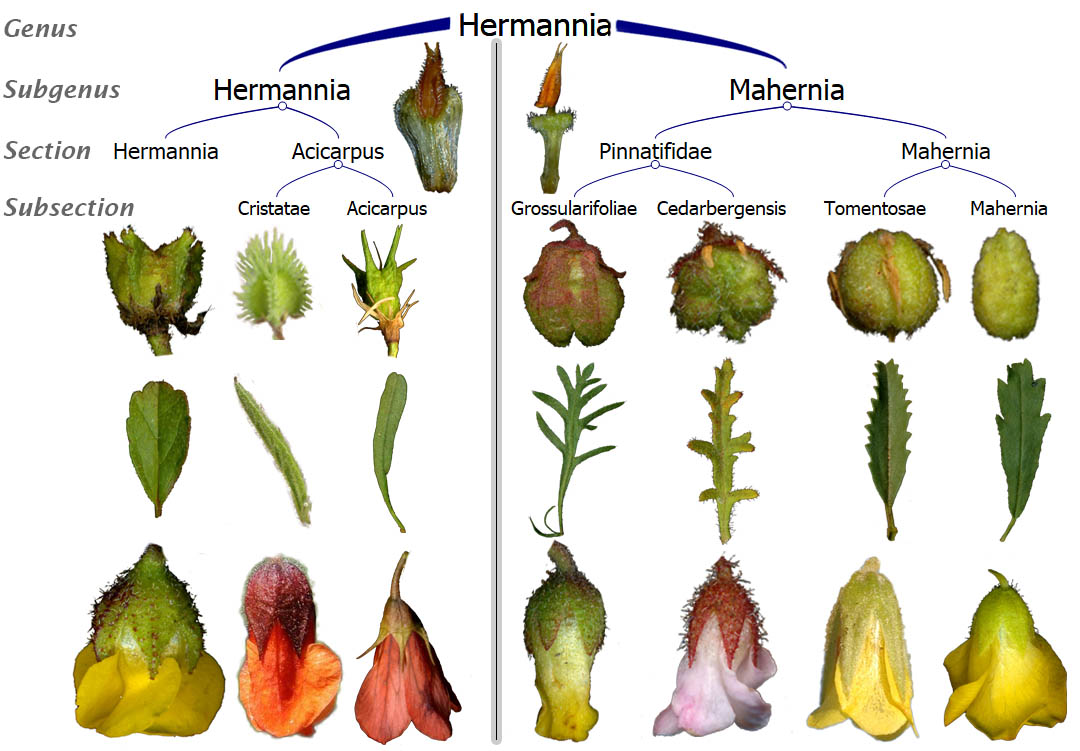 The subgenus Mahernia is the least studied and most interesting subgenus as no comprehensive revision has ever been published. New species are being discovered regularly - confounding attempts by David Gwynne-Evans to finalize his revision of the genus. Additionally the plates depicted below are the original-style plates, the new style is depicted separately and only contains Hermannia species found and scanned since 2016.  For differences between subgenus Hermannia and subgenus Mahernia see the other folder, but this plate shows the different major groups into which subgenus Hermannia and subgenus Mahernia have been split.

You are encouraged to look for Hermannias and upload them to CASABIO for identification using Contribute | Observations. To be part of the Hermannia Atlas please email me at [capebio (@) gmail.com - brackets and spaces removed].