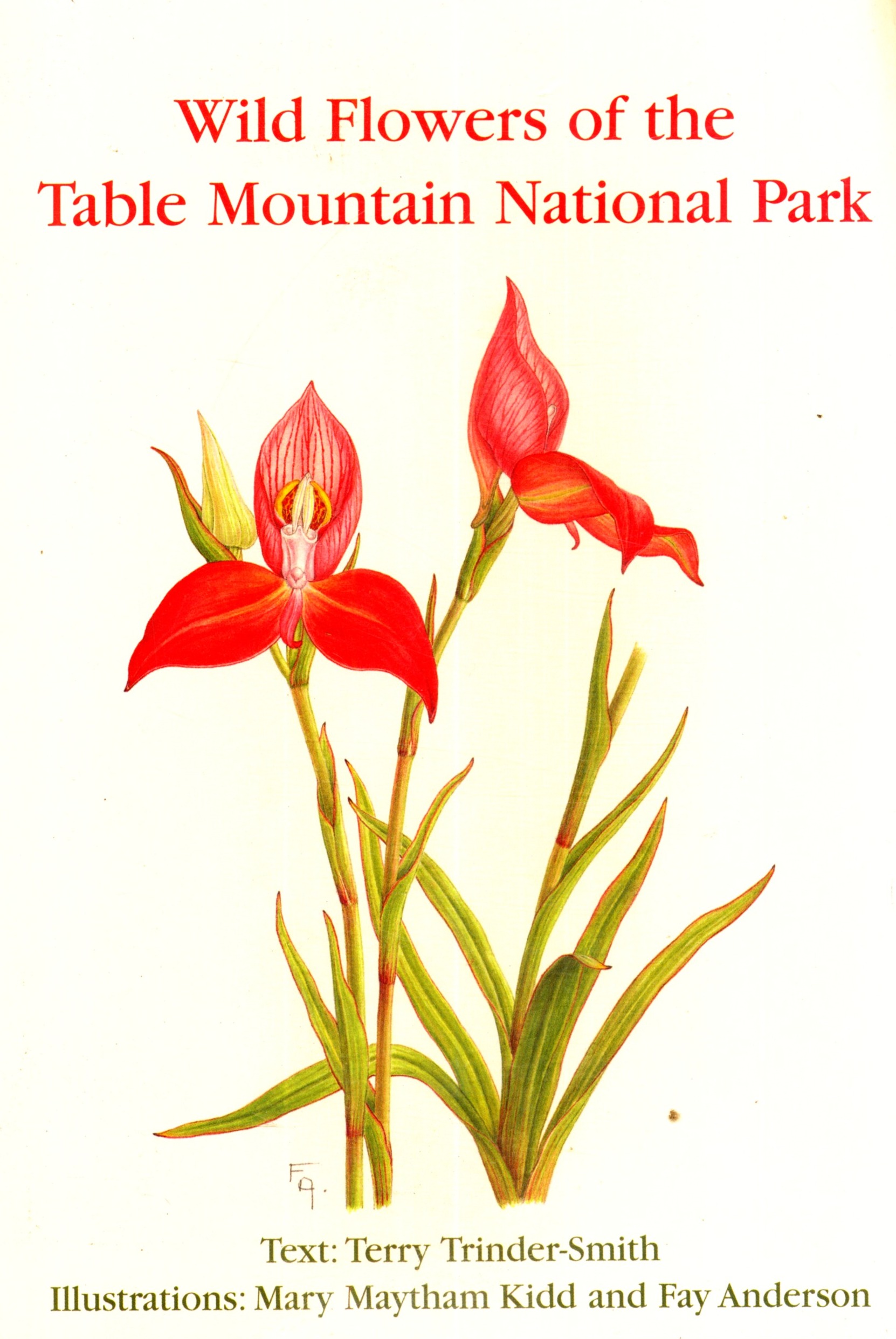 Published in 1950, the original Wildflowers of the Cape Peninsula by Mary Maytham Kidd was the first in the series of wildflower guides. It was seminal in guiding many hundreds of botanists to their interest in botany. Covering the entire Cape Peninsula it features 800 of the 2285 species of seed plant deemed to be native to this region. Every species was depicted with excellent fidelity, frequently even depicting indidividual hairs. Ordered by month of flowering, it suffered greatly from species of a genus being scattered across the book, frustrating any accomplished botanist keen to track down a species.

In 1996, then curator of the Bolus Herbarium at UCT, Terry Trinder-Smith was asked to update the book. Having lovingly assembled, aggregated and curated representative specimens of each species into a dedicated herbarium, the Guthrie herbarium, Trinder-Smith was well positioned to recreate the book. The plates, stored at the University of Cape Town, were rescanned with updated technology. The species were separated, the overlapped plants isolated and reconstructed, and the pictures cleaned. The book is now presented correctly by family and genus, with additional common names in English and Afrikaans. Both the scientific names and the text has been updated with improved localities.

This is THE book to use if one is on the Cape Peninsula. It is available from both UCT at the Bolus Herbarium, and at Kirstenbosch Bookshop.