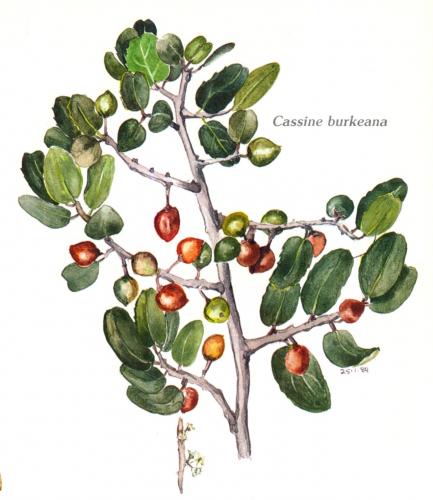 Etymology of Cassine:
The Latin word cassine was taken from the word cassina, which means ‘tea’ or ‘black drink’ (made from the leaves and stems of Ilex vomitoria, commonly called yaupon holly) in the Timucua language spoken in northern and central Florida, US. It appears to come from an earlier derivation, assi, also meaning ‘tea’ or ‘black drink’ in the Hitchiti language spoken by the eponymous tribe of Native Americans in Georgia, US. Timucua Native Americans used this brew for male-only purification and unity rituals.
Etymology of burkeana: