Etymology of Commelina:
For Jan or Johannes Commelin (1629–1692) and his nephew Caspar Commelin (1667–1731), Dutch botanists, who wrote the two-volume work Horti medici amstelodamensis rariorum plantarum … descriptio et icones. Johannes Commelin opened the popular gardens in Amsterdam in 1682, initially called Hortus Medicus, but later Hortus Botanicus. He was a spice merchant who used his wealth and connections to build the Amsterdam botanical gardens into Europe’s leading centre for the study of botany in the late 17th century especially of exotic plants discovered by Europeans in the East Indies, Africa and the Americas. Commelin wrote much of the text for the aforementioned work and it was completed by his nephew Caspar Commelin (1667–1731) after this death.
Etymology of erecta:

From the Latin erectus = 'upright' 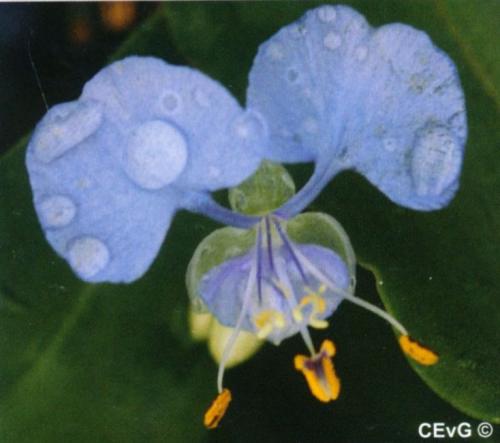 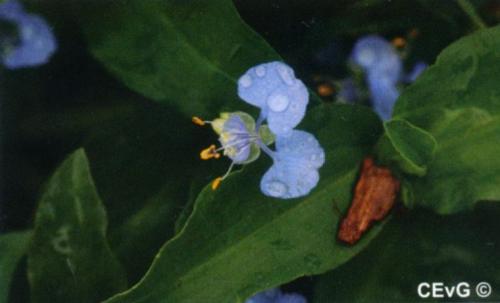 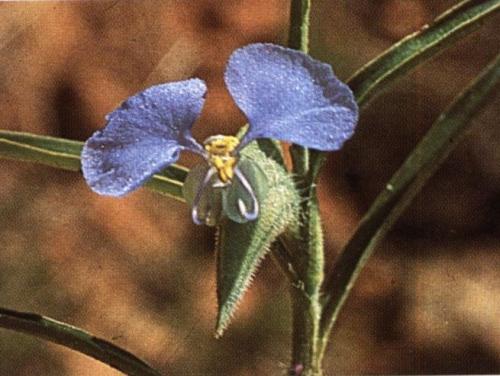 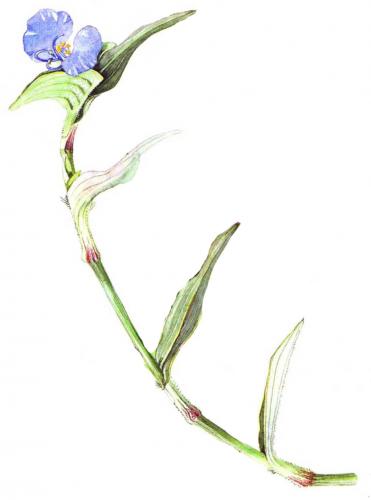