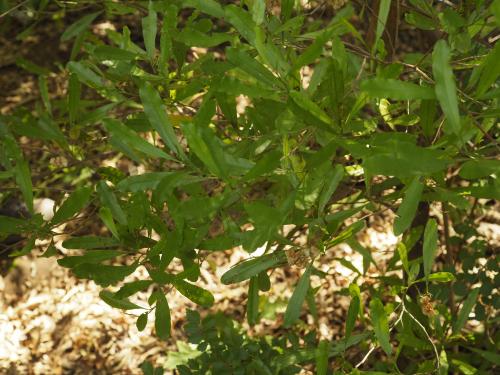 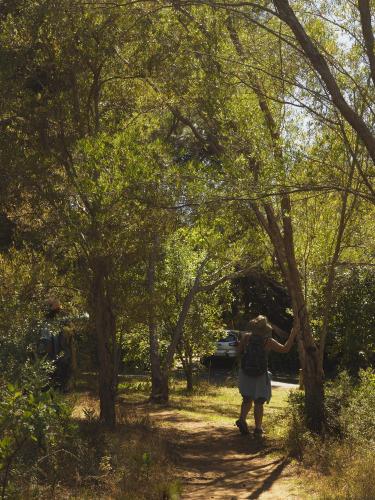 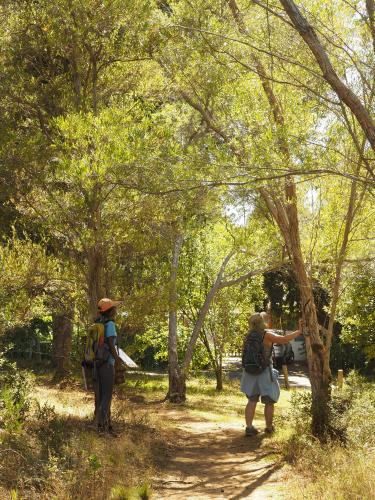 Etymology of Dodonaea:
For Rembert Dodoens (or Rembertus Dodonaeus) (1517–1585), Flemish physician and herbalist. He studied medicine, cosmography and geography at the University of Leuven, worked mainly as a physician, but was court physician to the Austrian emperor Rudolph II in Vienna from 1575–1578 and professor of medicine at Leiden University in 1582. He was a prolific writer and one of the foremost botanists of his day, with 12 major publications to his name. Dodoens’s Cruydeboeck, a reference book about herbs with 715 images (1554), was the most translated book of that time after the Bible. It was translated into French, English and Latin, and became a work of worldwide renown used as a reference book for two centuries.
Etymology of viscosa:

From the Latin viscosus = ‘sticky’ 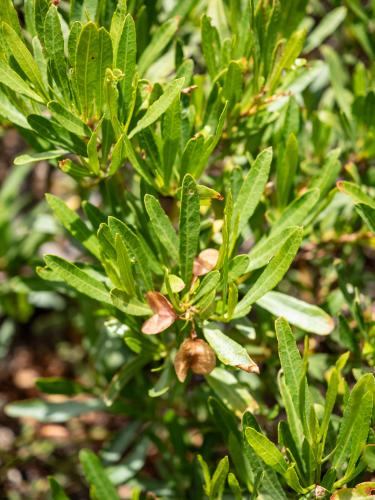 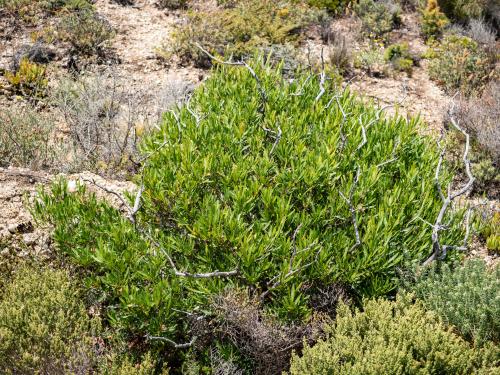 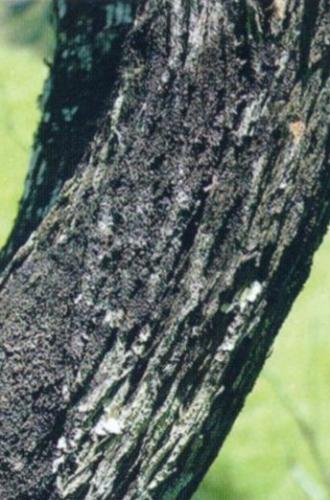 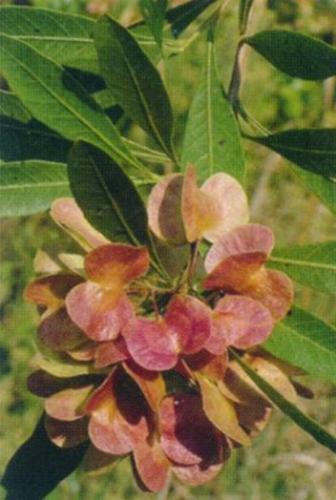 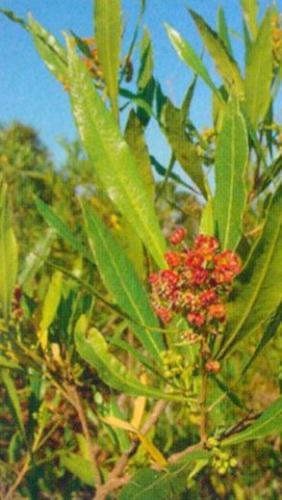 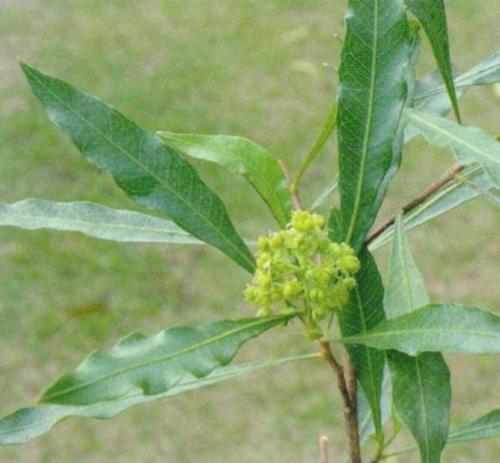 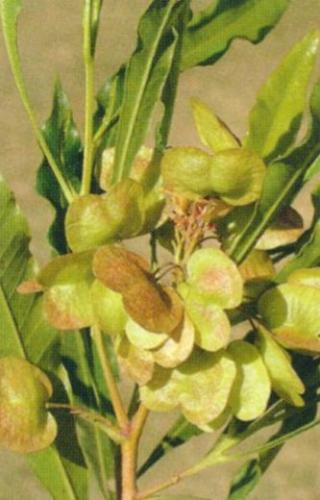 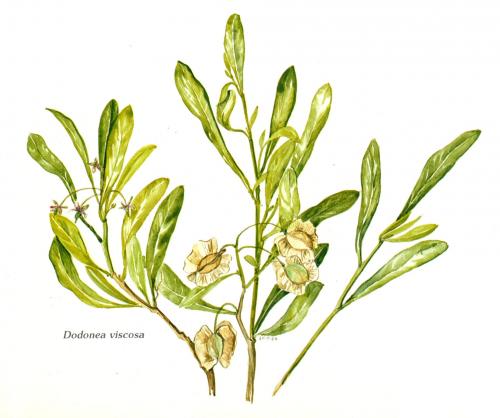