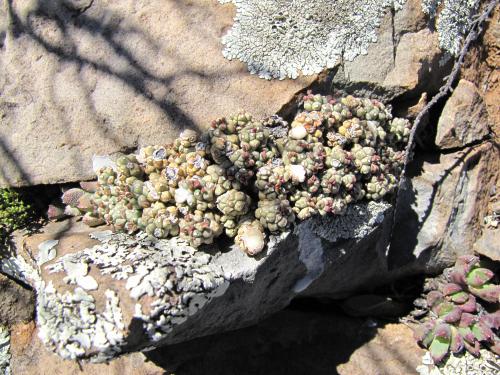 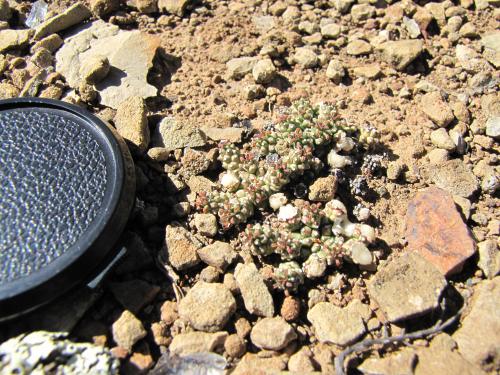 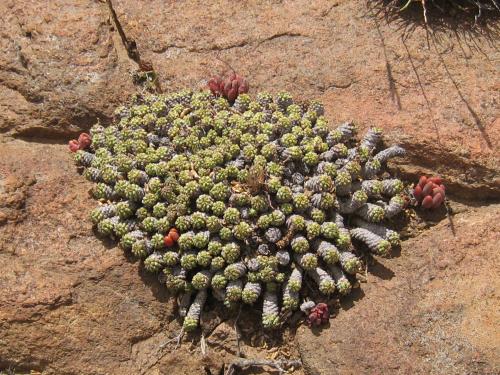 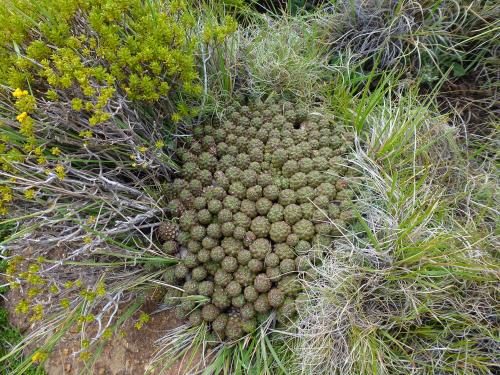 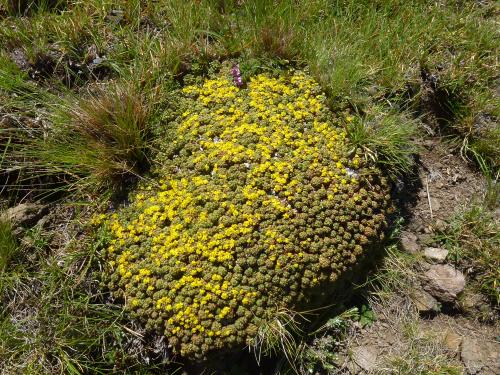 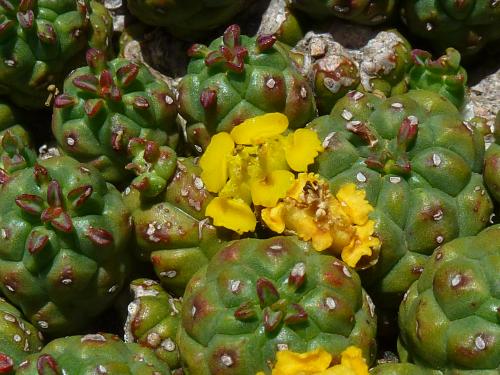 Etymology of Euphorbia:
Gk. eu- = well; phorbe = pasture or fodder; probably after Euphorbus, Greek physician to Juba II, King of Mauretania. Juba was educated in Rome and married the daughter of Antony and Cleopatra. He was apparently interested in botany and had written about an African cactus-like plant from the slopes of Mount Atlas, which he had found or knew about, which was used as a powerful laxative. That plant may have been Euphorbia resinifera, and like all Euphorbias had a latexy exudate (milky emulsion from certain plants). Euphorbus had a brother named Antonius Musa who was the physician to Augustus Caesar in Rome. When Juba heard that Caesar had honoured his physician with a statue, he decided to honour his own physician by naming the plant he had written about after him.
Etymology of clavarioides:

From the Latin clava meaning 'club' and -iioides meaning 'like'. 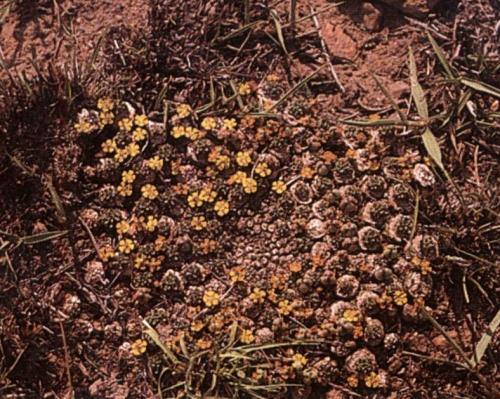 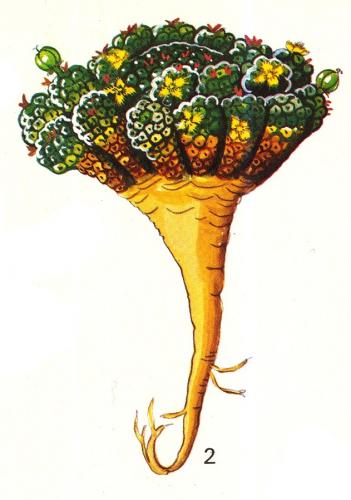