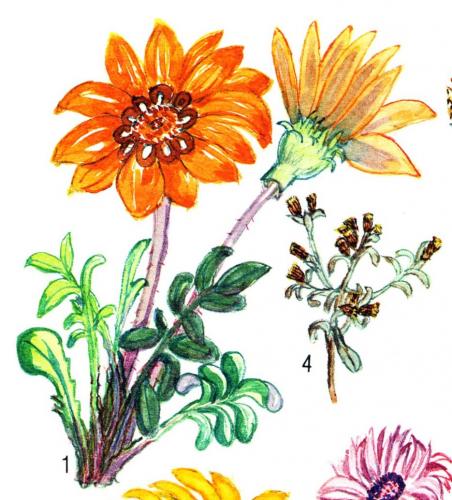 Etymology of Gazania:
Gk. gaze, gaza = riches, royal treasure; chloe = grass; or possibly after Theodorus Gaza (many spellings of this name) (1398–1478), a Greek scholar who moved to Italy in 1430. He became professor in Greek at the University of Ferrara (1447) and a Greek-Latin translator for Pope Nicholas V (1450–1455). He worked for King Alfonso V of Aragon (Alphonso the Magnanimous) (1456–1458) and subsequently for Cardinal Bessarion. He translated many works including Aristotle’s Problemata, De Partibus Animalium, and De Generatione Animalium and Theophrastus’ Historia Plantarum, works by noted Greek authors, and a Greek grammar (four books). He is regarded as one of the greatest classical scholars and humanists of the Renaissance.
Etymology of maritima:

From the Latin mari = 'the sea': maratimus = 'of or occurring near the sea'