Etymology of Huttonaea:
For Caroline Hutton (née Atherstone) (1826–1908), South African amateur botanist and plant collector, wife of the English civil servant Henry Hutton, who emigrated to South Africa in 1844, and sister of British-born botanist William Guybon Atherstone (1814–1898). Henry Hutton was a staff officer during the frontier war of 1846 and subsequently spent some 20 years in Grahamstown in the Eastern Cape. He and his wife made various plant collections in this area, as acknowledged by William Henry Harvey in Thesaurus Capensis 1: 4 (1859) and Flora Capensis 1: ix (1860). After Henry Hutton died in 1897, Caroline Hutton continued to collect specimens near Howick in Natal. She found the type species, H. pulchra, on the Katberg (Eastern Cape).
Etymology of pulchra:

From the Latin pulchra = 'beautiful' 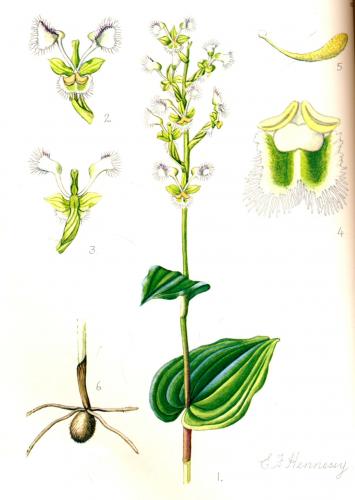