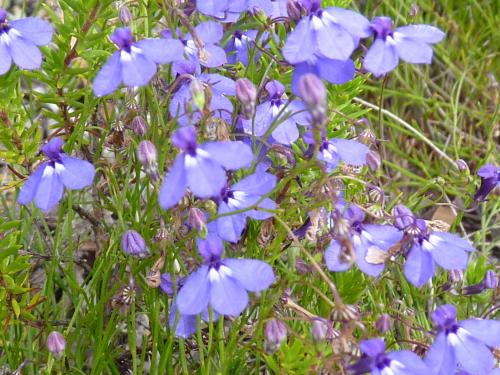 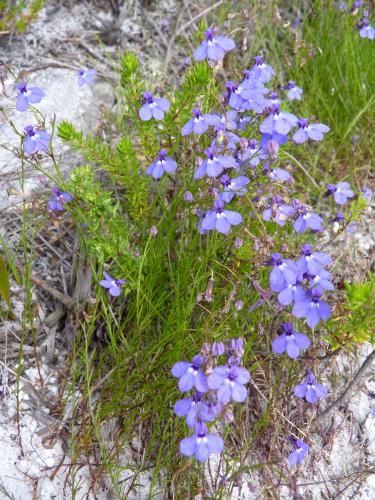 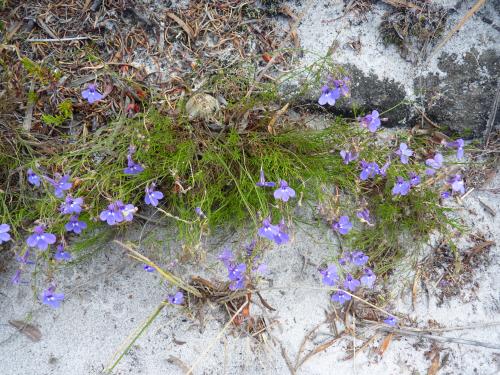 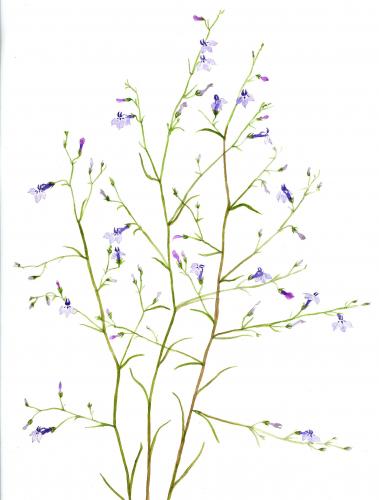 Etymology of Lobelia:
For Mathias de L’Obel (Lobel, Lobelius) (1538–1616), Flemish botanist, traveller, plant collector. He studied medicine in Leuven and Montpellier and practised medicine from 1571–1581 in Antwerp and Delft, where he was physician to William, Prince of Orange. In 1584 he left the Netherlands for England to escape the civil war and never returned. He became physician to King James I of England and also the king’s botanist. His major work, written in collaboration with Pierre Pena, was Stirpium Adversaria Nova (1571), which describes some 1 500 species in the vicinity of Montpellier, also of Tyrol, Switzerland and the Netherlands. A second volume, Plantarum Historia Stirpium, was published in 1576 with more than 2 000 illustrations, and a further work, Icones Stirpium, seu, Plantarum Tam Exoticarum in 1591.
Etymology of setacea: