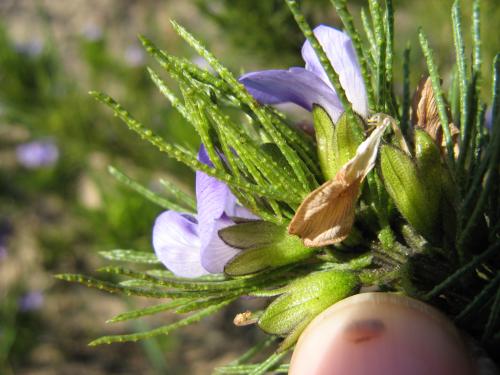 Named after Scotsman Dr John Muir, (1874-1947), physician, naturalist and cultural historian. Came to the Cape in 1826 and in 1923 he retired and concentrated on the study of shells. He criss-crossed the Riversdale region in the course of his medical practice, collecting all the time. He published 'The Flora of Riversdale' which he published as Memoirs of the Botanical Survey of South Africa no 13, (1929).  In 1929 he also presented his collection of drift-seeds he had found along the beach and was awarded a DSc from Edinburgh University.