Etymology of Strelitzia:
For Charlotte of Mecklenburg-Strelitz (1744–1818), who married King George III of England in 1761 after being selected unseen from a list of German princesses. Remarkably, the marriage was a success and King George was devoted to her. She cared for her husband during his long slide into insanity, though terrified by his occasional outbursts of violence. She was a patroness of the arts and an amateur botanist who helped expand the Kew Gardens. She predeceased him and was buried in 1818, in St George’s Chapel, Windsor. Strelitzia reginae arrived in England in 1773 being grown at the Royal Botanic Gardens in Kew. It was so named to commemorate Charlotte of Mecklenburg-Strelitz.
Etymology of caudata:

From the latin 'caudatus' meaning with a tail 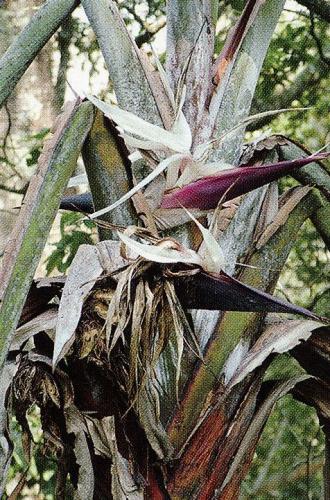