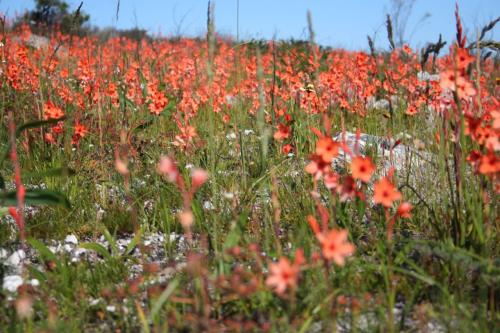 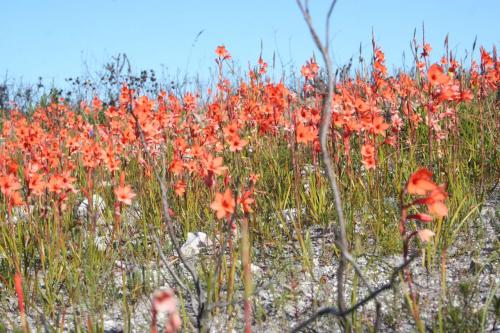 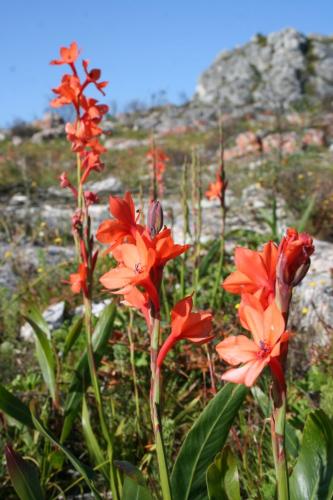 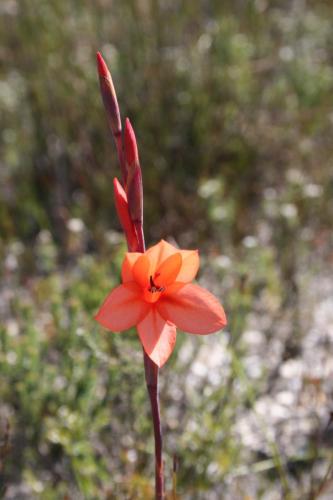 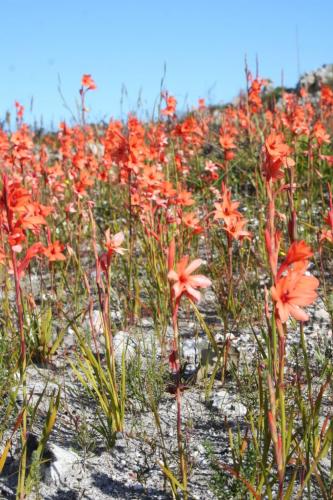 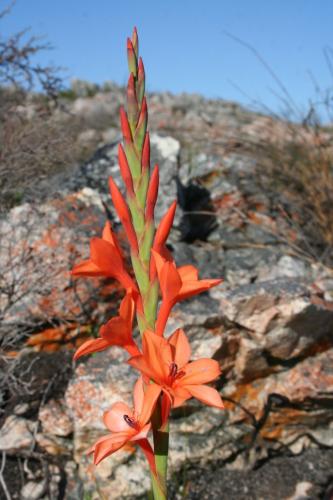 Etymology of Watsonia:
For William Watson (1715–1787), English physician, apothecary, botanist and naturalist. He introduced the work of Linnaeus and his botanical classification system to Britain. He was the first scientist to observe the flash of light from the discharge of a Leyden jar and to show that electricity could pass through a vacuum and that it had a positive and negative charge; he coined the word ‘circuit’. His articles, entitled Experiments on the Nature of Electricity, appeared from 1745 onward in the Philosophical Transactions of the Royal Society, of which he became a member (1741) and vice president (1772). Both he and Benjamin Franklin discovered some of the same characteristics of electricity at the same time, but independently. The two men became friends.
Etymology of coccinea:

From the Latin coccineus = ‘scarlet’ 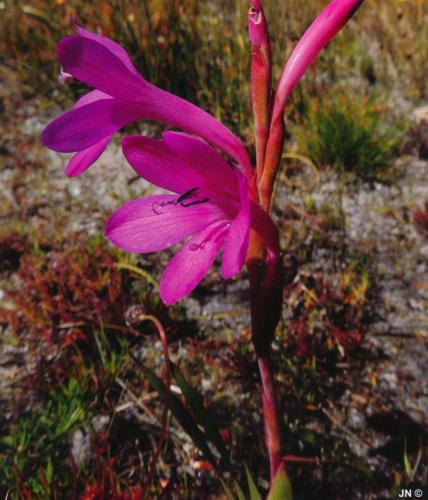 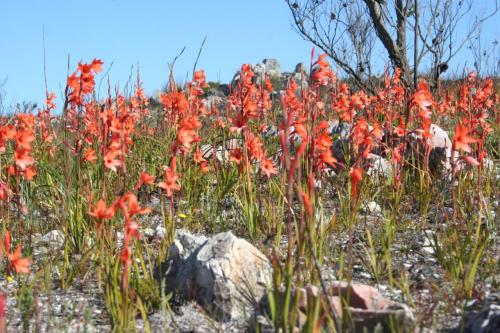 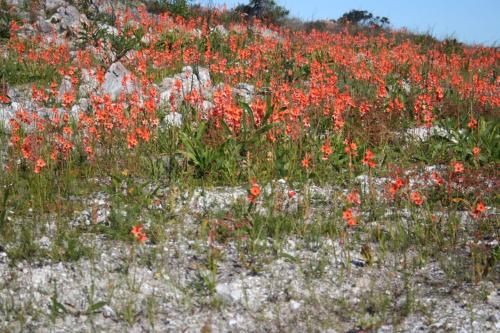 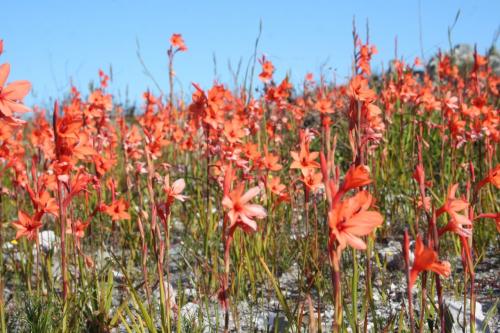 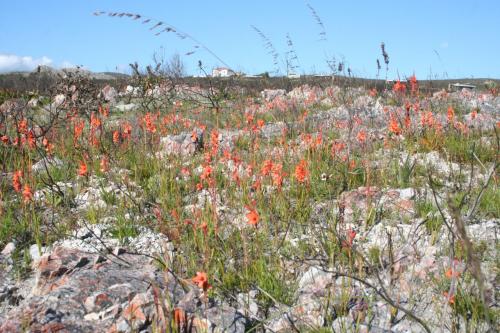 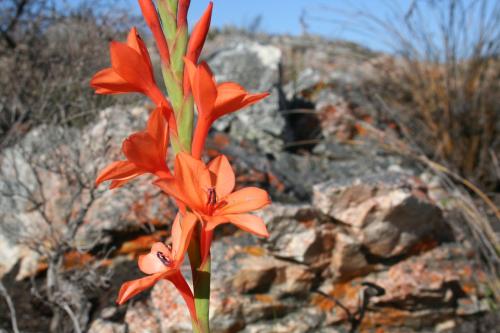 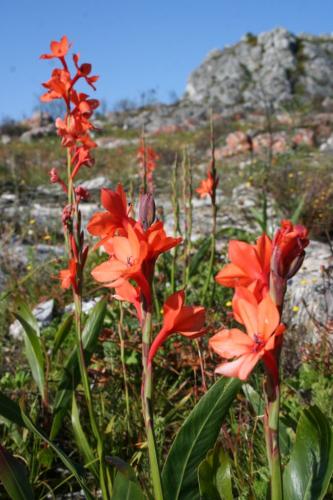 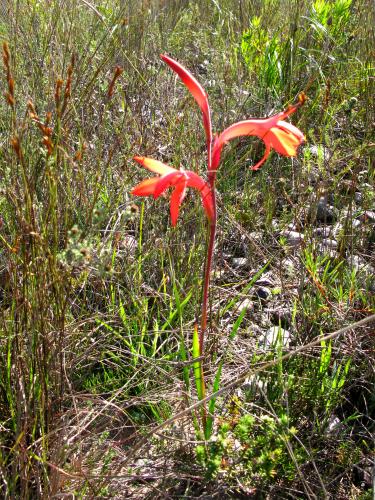 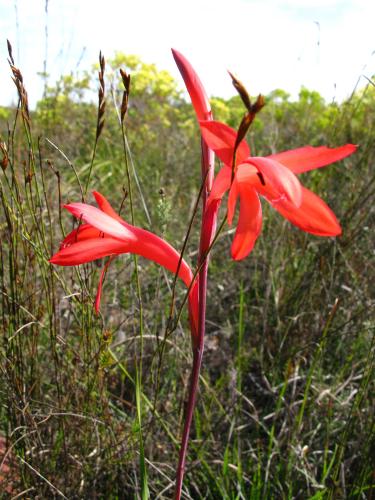 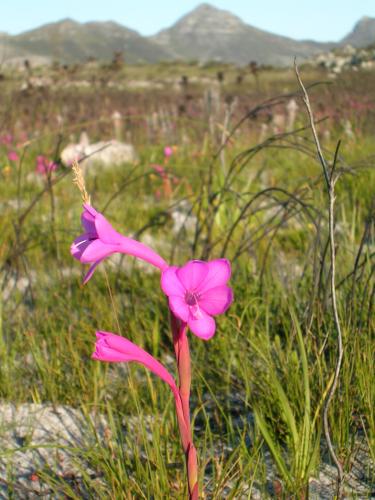 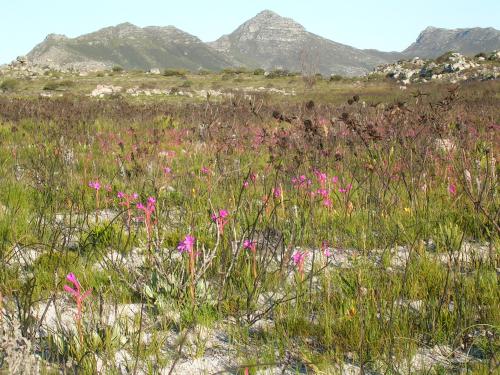