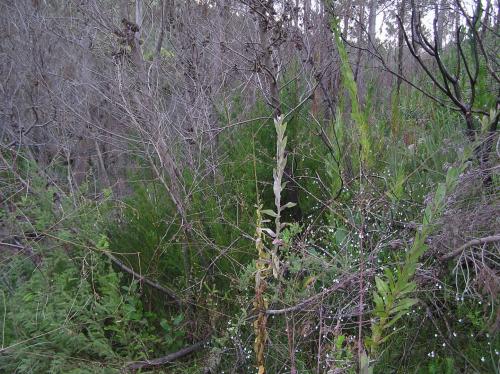 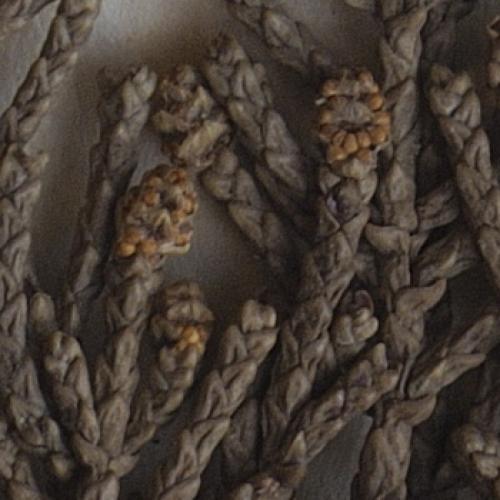 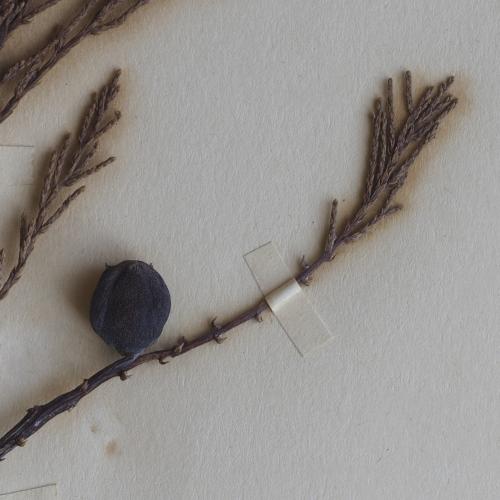 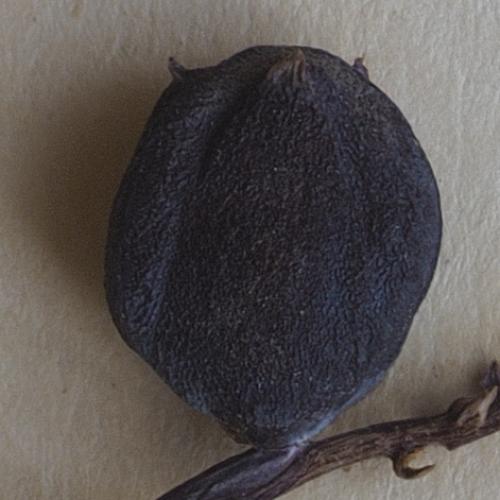 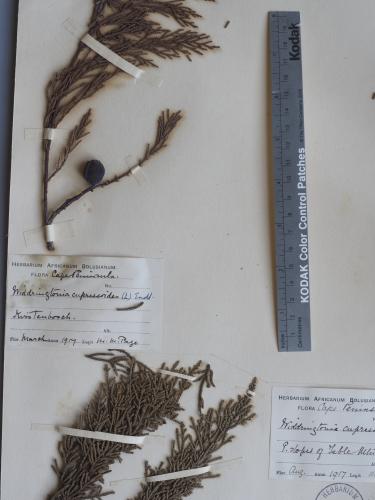 Etymology of Widdringtonia:
For Samuel Edward Widdrington (formerly Cook) (1787–1856), a Royal Navy captain, author of two books on Spain: Sketches in Spain (1834) and Spain and the Spaniards (1844). While living in Spain, he took a great interest in Spain’s coniferous forests – hence a genus being named after him – which he scientifically detailed in his 1844 book. In 1840, he took the name Widdrington, when his mother became heiress of some estates of that family. He served as the high sheriff of Northumberland in 1854. He was an honorary knight commander of the Military Order of the Tower and Sword, an honour bestowed upon him by Dom João VI of Portugal, formerly prince regent. He was elected a fellow of the Royal Society (1842) as well as the Royal Geographical Society.
Etymology of nodiflora: 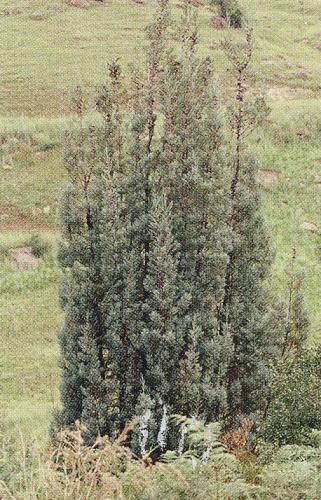 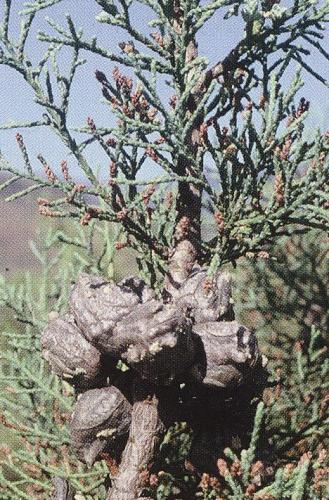 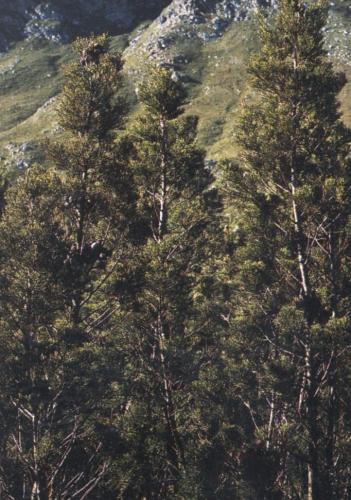 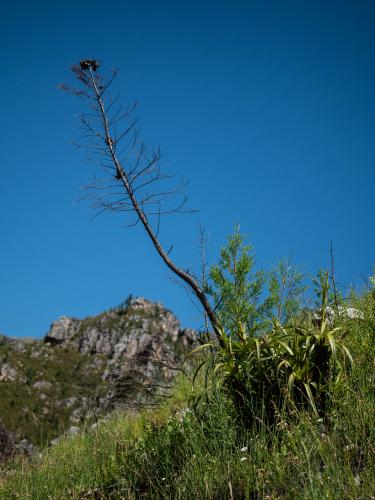 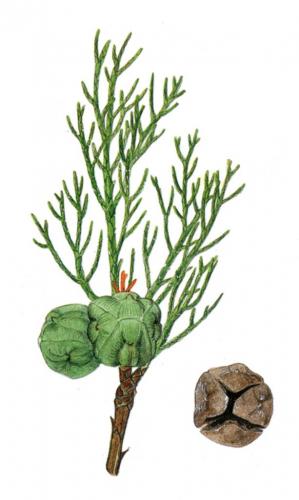 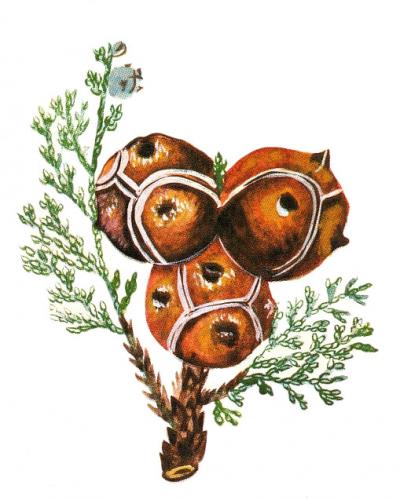