Etymology of Wurmbea:
For Christoph Carl Friedrich von Wurmb (1742–1782), Saxony-born German naturalist and Dutch colonial administrator, who worked in Indonesia (Java) as a merchant in the service of the United East India Company. Later, in 1778, he moved to Batavia, where he became the first secretary and director of the Bataviaasch Genootschap van Kunsten en Wetenschappen (Batavian Society of Arts and Sciences) in charge of its library and small botanical garden, donated by a member. A keen naturalist – he had a special interest in palm trees – Wurmb was the first traveller to publish accurate observations on the Bornean orangutan in its adult state (it had never before been seen at that time and initially thought to be a new species). He called this animal ‘Pongo’, named after the Mpongwe nation.
Etymology of stricta:

From the Latin strictus = ‘compressed’ or 'constricted' 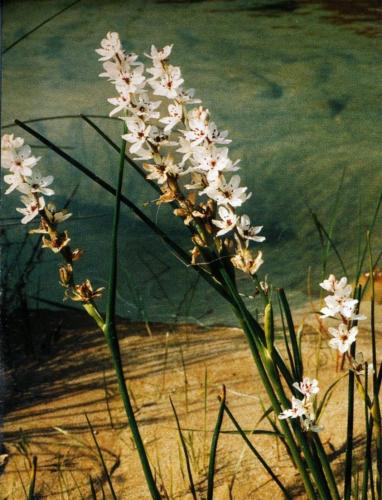